I am thrilled to share with you the cover for the second book in the “Shamelessly Adorable Teddy Bear” mystery series from Kensington, coming May 29, 2018. 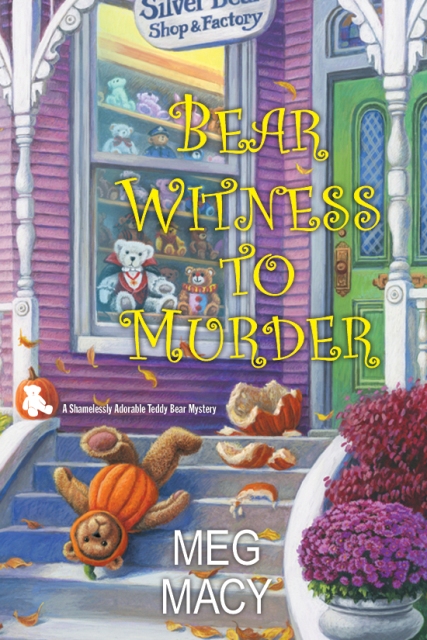 Silver Bear Shop and Factory manager Sasha Silverman is cozying up to the fall season by hosting Silver Hollow’s Cranbeary Tea Party, the opening event of the village’s Oktobear Fest—a too-cute celebration themed around teddy bears. She barely has a moment to agonize over the return of her former high school rival, Holly Parker, whose new toy and bookstore in town could spell big trouble for her shop and her cousin’s small bookstore . . .

But when Sasha discovers Holly’s shop assistant dead with a knife plunged in her body, the unpleasant woman suddenly looks like a real backstabber. So does Sasha’s ex-husband, rumored to have rekindled the fiery extramarital affair he once had with the victim. Now, before a gruesome homicide case takes the fun out of both the Fest and her personal life, Sasha must identify the true culprit from a daunting suspect list—or risk becoming as lifeless as one of her stuffed bears . . .

Giveaway: Leave a comment below for your chance to win a paperback copy of Bearly Departed, (U.S. residents only, sorry!), along with a few teddy treats! The giveaway will end October 10, 2017. Good luck everyone!

A day in the life of Sasha Silverman by Meg Macy

As manager of my parents’ Silver Bear Shop & Factory in Silver Hollow, Michigan, my day begins with the alarm ringing in my ear at seven thirty. Ugh. “Sasha, get up!” That’s my sister Maddie’s piercing call from downstairs. We live ‘above the shop’ in a renovated Victorian house.

After three or four times hitting the snooze button, I shove my sweet ‘teddy bear’ dog, Rosie (a mix of Lhasa Apso and Bichon Frise, whose muzzle is right in my face – dog breath!), aside. Crawl out of the sack, one eye open. Rosie snuggles deeper in the bed, on my pillow too, clearly grateful she has it all to herself. I head into the shower and stand under the pulsing hot water until my brain fog clears. I grab my silver tee shirt with our teddy bear logo, black jeans, sandals, and pull my still-wet hair into a ponytail.

Maddie, an unapologetic happy morning person, has already made a pot of coffee – God bless her! – and left me a toasted English muffin with cream cheese and raspberry jam. She’s already at work in the office. I enjoy a second cup of coffee while watching the morning news show. By nine-thirty, I’m in the shop checking the cash register, the shelves of bears and accessories, and ready to greet customers at ten o’clock.

Do I want to marry again and have a family? One day, I hope.

Oh no. Trouble arrives when our sales rep, Will Taylor, once again demands to know why I’ll be hosting a tour of senior citizens from the local church. It’s a waste of time, in his opinion. He’s also mad that someone keyed his sporty car in our parking lot yesterday. He’s unpopular enough with our staff, but also around the village – how would I know who might have damaged his car in a show of fury? As for the tour, I’ll keep giving them. People enjoy seeing our factory, the staff in action, how we cut the fur and sew bears, and they always buy one or several as souvenirs.

I ignore his opinion that we need to cut staff, too. He’s crazy. We can barely keep up getting all our orders filled. Maddie interrupts our argument. She’s just agreed to accept a small company’s request for a hundred silver teddy bears to reward their employees’ children. Uncle Ross barges in, waving another special order for a five-foot-tall bear. The Oktobear Fest committee wants to give it as a prize at the festival, but their budget is limited – they need it ‘at cost’.

When Will refuses to budge on anything less than retail price, my uncle backs him against the door with a clenched fist. The Silverman family has always been generous to the community, and that will never change. Will stalks out of the shop in disgust.

Uncle Ross, Maddie, and I exchange satisfied grins and get back to work.

You can read more about Sasha, the Silver Bear Shop & Factory, and Silver Hollow in Bearly Departed, the first book in the NEW “Shamelessly Adorable Teddy Bear” cozy mystery series.

The Silver Bear Shop & Factory might be the cutest place around, but there’s nothing warm and fuzzy about murder . . .

As manager of the family teddy bear shop and factory, thirty-one-year-old Sasha Silverman leads a charmed life. Well, except for the part about being a single divorcée with a ticking biological clock in small-town Silver Hollow. And that’s just kid’s stuff compared to Will Taylor, the sales rep who’s set on making drastic changes to the business her parents built from scratch—with or without Sasha’s approval.

But before Will digs his claws in, someone pulls the stuffing out of his plan . . . and leaves his dead body inside the factory. Reeling from shock, Sasha’s hit with more bad news—police suspect her hot-tempered Uncle Ross may have murdered him. Sasha knows her uncle would never do such a thing, and she’s launching her own little investigation to expose the truth. As she tracks Will’s biggest rivals and enemies for clues, Sasha can’t get too comfy—or she’ll become the next plaything for a killer . . .

Giveaway: Leave a comment below for your chance to win a print copy of Bearly Departed from Kensington Books. US entries only, please. The giveaway ends June 1, 2017. Good luck everyone! 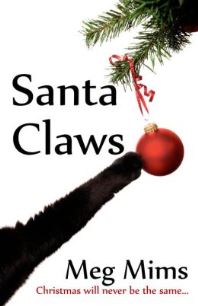 Mary Kate Branson will do anything for her brother, who is deployed overseas right after Thanksgiving – including taking in his mischievous cat, Lucifer. She juggles battling job woes at a bakery with dating a hot volunteer firefighter and all the preparations for Christmas … but Lucifer has his own plans for a holiday bash.

What a wonderful and lovely story about a woman’s dreams for herself, her family and the holiday season. You can’t help but feel the love for Mary Kate as the holiday brings our heroine unexpected joy that starts with the care of her brother’s cat in this heartwarming and enjoyable holiday fare.

FTC Disclosure – The author sent me this book, in hopes I would review it.