A day in the life of Halsey and her yellow lab, Bardot by Christine E. Blum

Posted on November 28, 2017 | Comments Off on A day in the life of Halsey and her yellow lab, Bardot by Christine E. Blum 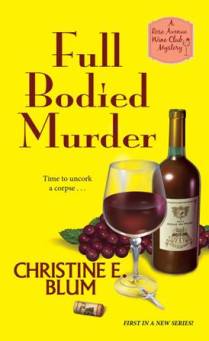 I was dressed in my hiking outfit for the day, army green shorts with lots of pockets, an off-shoulder white embroidered peasant blouse and pink high-top Chuck Taylors. I have to keep up appearances after all. I put a leash on Bardot and we went out the door and started up the hill.

I live towards the top end of Rose Avenue and that allows for an un-obstructed ocean breeze that cools the house all year long. At the very top of the hill sits a community garden offering six acres of fifteen by fifteen-foot plots of incredibly rich soil that are guaranteed to produce, well, produce.

The view up there was fabulous and the briny air I breathed in while admiring the ocean on the horizon made me think of Blue Hawaiian drinks and bronzed Hawaiian men.

A garden buddy had left me a basket of pears from her over-abundant crop. I clipped some watercress and arugula from my little horn of plenty and lunch was starting to take shape in my mind. I needed one more ingredient, a pomegranate. The owner of the tree near my plot had given me carte blanche to help myself. I examined the branches and saw that for the most part they were bare. Except for one large to almost bursting bulb at the top. It clearly needed to be liberated.

I hoisted myself up onto the first branch and looked skyward into the tree to chart my course. As I snaked through the branches I looked down and saw Bardot waiting patiently for me to send a squirrel her way. The glass is always half full for her.

When I reached my quarry I still had to stretch another foot or so to get my hand on the fruit. When I did, balancing on my tiptoes, I yanked but the pomegranate remained firmly attached to the limb. I was a good twenty feet above the ground and was not about to climb down, trod home and return with some pruning sheers.

I could clearly see the Santa Monica airport from here, brimming with activity as small planes taxied, took off or landed. The sound of their engines buzzing echoed up the hill.

Time for my second attempt.

I elongated my body and caught hold of the fruit. My other hand was clasped around the strong center trunk to hold me steady. This time when I pulled I lifted my feet to let the entire weight of my body apply the pressure. Two things happened next. The pomegranate broke free from its stem and a yellow and black small plane buzzed by only about fifteen feet from my head.

My feet never found the branch again, the hand holding onto the trunk slipped, and because I stupidly refused to let go of my prize in the other hand I was now falling through the tree.

My free arm caught a horizontal branch and I was able to swing and wrap my legs around it like a monkey would. My other hand hung freely gripping the pomegranate. I was about six feet from the ground, Bardot was jumping up and down and wagging her tail, and one of my neighbors and her two young kids had stopped their nature walk to watch.

“Oh my goodness, how can we help,” asked the mom warily.

“There’s a ladder over by the fence, can you bring it here and open it?”

“On it!” The boy went on his mission like an exemplary first responder.

When at last I was on terra firma I took a breath and surveyed the damage. I had some scrapes on my forearm and a skinned shin. And an intact pomegranate.

“Thank you guys so much, I don’t know what I would have done if you hadn’t been walking by. Bardot is a wonderful dog but I’ve never been able to get her to set up a ladder for me. She’s always grumbles something about opposable thumbs.”

“Did you see that plane? It nearly hit me!”

“I’ve seen them lose altitude on their approach to the airport for landing, but never that low,” mom said nodding to her offspring as if this was a teachable moment. “Are you sure you’re okay? I can go get the car and drive you home.”

“Thank you, that’s sweet. But no motor vehicle is going to relieve what hurts the most right now.” I too can play teacher and the kids were hoping I’d reveal some huge gouge on my body spewing entrails.

“My pride,” I laughed. “This ranks right up there as one of my silliest ideas.”

Mom gave me an appreciative smile and class was dismissed. As they continued on their walk I heard Sean say, “That was pretty dumb.”

You can read more about Halsey and Bardot in Full Bodied Murder, the first book in the NEW “Rose Avenue Wine Club” mystery series.

As the newest member of the Rose Avenue Wine Club, Halsey wants to expand her palate—not solve murders. But when a neighbor is found dead, it’s up to her to pair the culprit with a deadly crime . . .

Leaving behind a failed marriage, New Yorker Annie “Halsey” Hall is ready to begin the next phase of her life in coastal Southern California. From the moment she arrives at her new digs on cozy Rose Avenue, she looks forward to joining the neighborhood ladies for their weekly Wine Club gathering. With only a rambunctious yellow lab puppy to keep her company, Halsey could really use a confidant—and a glass or two of her favorite white wine . . .

Unfortunately, she finds nothing but red at the Wine Club meeting—and judging by the dead woman lying face down in the backyard, it’s not spilled merlot. Halsey accidentally stumbled into the wrong address at the wrong time, and with suspicions about her past on the rise, she must prove that she isn’t a killer. Enlisting the eclectic talents of the Wine Club ladies, Halsey searches for the true criminal at large. But separating friends from foes isn’t easy on Rose Avenue, and as she racks up a suspect list, Halsey can’t shake the feeling that someone in her inner circle has a taste for murder . . .

Meet the author
Christine E. Blum was born in Shaker Heights, Ohio. At 7 her parents moved to Europe and luckily, took her with them. Christine grew up in Paris, Brussels and finally London and along the way developed her unique brand of humor. She lives in Southern California where she’s allowed to share a house and pool with her famous yellow Lab, Bardot. Who just happens to be able to dive 10’ underwater, has appeared on Animal Planet and was in the NY Times Bestseller, Underwater Dogs. When not signing paw-tographs she can be found lounging by the pool and solving murders. Readers can visit her website at www.christineeblum.com.

Like Loading...
This entry was posted in A DAY IN THE LIFE and tagged Christine E. Blum, cozy mystery, Kensington Books. Bookmark the permalink.