Left Coast Crime is a convention of fans and authors who gather during the first quarter of the calendar year in Western North America (as defined by the Mountain Time Zone and all time zones westward to Hawaii) to celebrate crime fiction.

First Class – that’s how I flew from New York to Hawaii. It was recommended that I fly first class and nonstop. On the trip to Hawaii, I had a 3-hour layover in Los Angeles, this after changing my original flight on Tuesday to Monday due to a pending snow storm on the east coast. First Class is awesome on a long flight. You get to sit in their private lounge where the food is free; you get to board the plane first; you get your own overheard storage bin; you get an offer a beverage as soon as you board the plane and your meal is really, really good. But the best part is the seat…wide for those of us who are not of average size with plenty of leg room and the seat either reclines or turns into a flat bed. Nice.

After arriving Monday evening in Hawaii, my friend, Eleanor J. and I dined in the airport hotel’s restaurant where we were amused by our waiter before heading to our room for the evening. Tuesday morning Mary R. , a long-time resident of Honolulu, was our tour guide on the island. 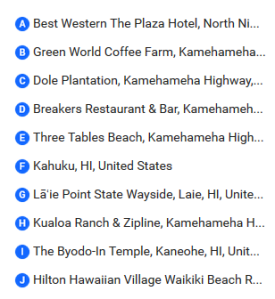 On the first day of our trip towards the North Shore we started at Green World Coffee where we took a little walking tour (5 minutes) through their garden. Then we headed to the most magical place on the island, the Dole Plantation where we took the Pineapple express train ride (20 minutes) and sampled the Dole Whip. Then it was off to Haleiwa where we had lunch at the Breaker’s Restaurant and Bar. Next stop was Three Tables Beach and scenic views of Pupukea and then we drove by several shrimp farms in Kahuku. Then it was off to see the sea arch/cutout in the rock at La’ie Point State Wayside. Next up was the ranch at Kualoa Private Nature Reserve, where they filmed parts of Jurassic Park and King Kong. Right across the street was Chinaman’s Hat island and lastly but not least, we visited the Byodo-In Temple where we gonged the bell and saw a black swan, before heading to our final destination at the Hilton Hawaiian Village Resort in Waikiki. 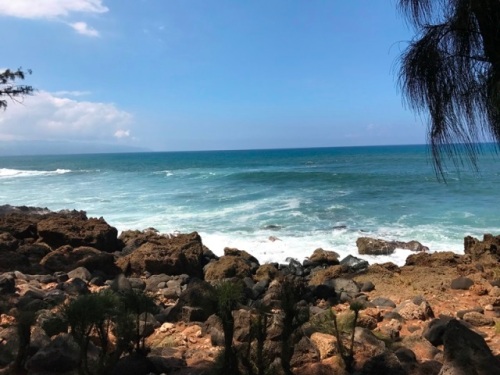 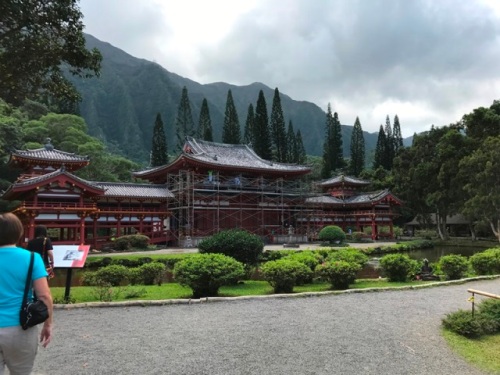 Standing near the gong at The Byodo-In Temple

On Day 2, we started out early from the hotel and headed to Leonard’s Bakery to get a couple of delicious Malasadas as our breakfast treat. The first tourist stop of the day was to see Dog’s the Bounty Hunter’s house in Portlock. Then we enjoyed the scenic wonders of nature that included Hawaii Kai and Koko Crater. We, along with other visitors stopped by Halona Blowhole to see it spout, but alas there wasn’t enough waves to accomplish this feat and on the opposite side is the Secret Beach, where the beach scene from the movie “From Here to Eternity” was filmed. Then off to Makapuu Beach park and then to Rabbit Island and the eastern side of island. We stopped at Waimanalo Beach for some frolicking and then drove to Kailua; and then up to Nu’uanu Pali State Wayside Lookout. We headed back to downtown Honolulu to the Iolani Palace and to King Kamehameha statue that is seen in the opening credits of Hawaii Five-O. Yes, Eleanor and I hummed the theme song as we took our photos. Our last stop of the day was up a steep and winding road to Mount Tantalus for an awesome view of the city and of Diamond Head.

Leonard’s Bakery, home of the malasadas

The door of Dog, The Bounty Hunter’s house

The coastline from Lanaʻi Lookout

Secret Beach at Halona Beach Cove, Oahu, where the beach scene from the movie “From Here to Eternity” was filmed 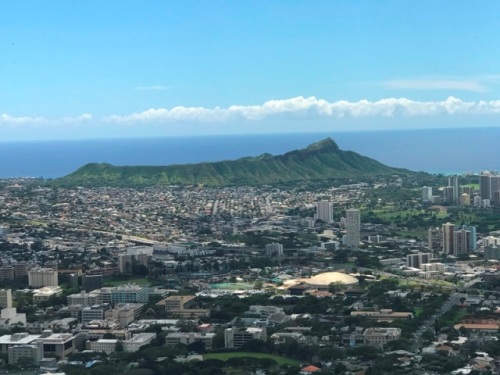 From the Thursday to Sunday, my time was spent watching the sunrise over the ocean, attending panels, and socializing at Left Coast Crime. On Friday was my panel: Reviewers & Critics: Are authors at their mercy? with Jen Forbus moderating a panel with Les Blatt, Daniel Boucher, me and Jane Stillwater. On Saturday we went on a whale watching tour and yep, we saw some whales. Then on Sunday before heading home, we made a detour to check out Pearl Harbor  Historic Sites. 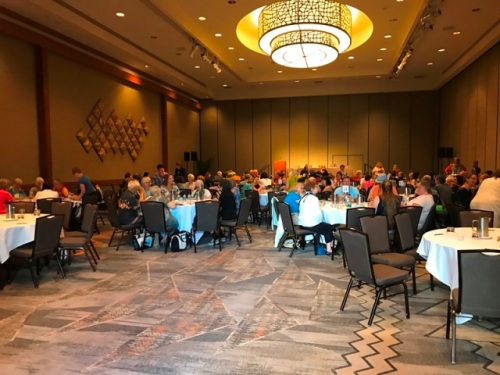 LCC Panel: Reviewers & Critics: Are authors at their mercy?

Whale going back into the water 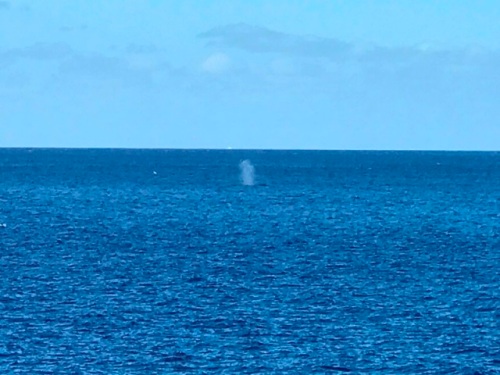 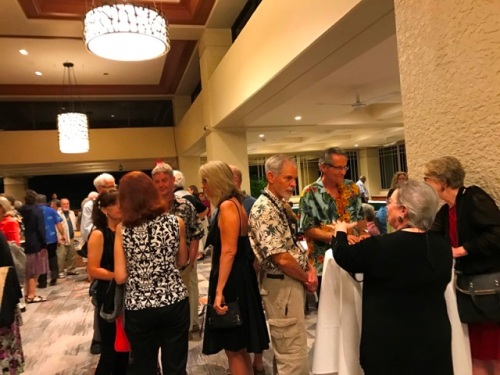 The USS Arizona Memorial, at Pearl Harbor in Honolulu, Hawaii 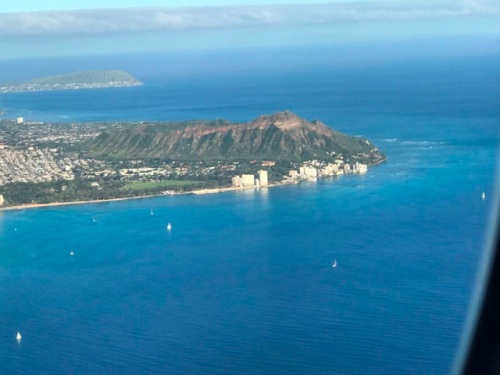 This was a trip of a lifetime that I never thought I would take and I’m so glad that I got the chance to experience Hawaii. Mahalo!