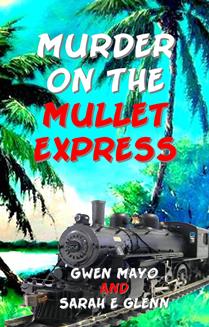 Cornelia Pettijohn’s morning went downhill in a hurry. Mr. Scroggins had shown up at her door with a feed sack full of mason jars, filled with illegal supplements to Theodora’s “prescribed” medicinal alcohol. Teddy had always enjoyed a nip at the end of a long day, but since being gassed in the trenches of France her drinking was more necessary than fun. Her lungs sometimes bled from the wracking cough that accompanied any prolonged physical exertion.

The lung injury had ended her service two years before the army granted nurses relative rank. That was a pity. Teddy was so proud, February 1, 1902, that morning in Manila when the two of them had signed their official enlistments. Teddy had danced the night away, then bounced through her shift the next morning. Her drinking wasn’t an issue then.

Cornelia bit her lower lip as she pondered how much of an issue it was now. It couldn’t be a good thing that Teddy had embroidered curtains for the local moonshiner.

She was shaken from her thoughts by Mr. Scroggins. He was standing in the doorway with a steamer trunk.

“This ain’t gonna fit in that footlocker I attached to the back of your sedan. I can’t even get the rest of Miss Teddy’s stuff in that.”

Her bright blue eyes scanned the luggage stacked on the front porch, then looked at her companion’s bubbling smile. “No. You can’t take all this—stuff.”

She pointed to the bag in Teddy’s hand. “That one have your medicine?”

“Then hang on to it. No offence to Mr. Scroggins here, but I don’t want those jars to break and make my new Dodge Brothers sedan smell like a still.”

Scroggins grinned through a three-day growth of beard. “None taken, Miss Cornelia.”

“We still have Uncle Percival’s stuff to load, Teddy. Think of this as a duty assignment. We are the nurses caring for my uncle on this trip. Take only what you must have to do your duty.”

Teddy frowned. “But there’s going to be parties and adventures. You’ve read the brochure. I need to be prepared for any event.”

“The essentials, Theodora. Strip this down to the bare necessities.” She held up her carpet bag. “This is all I’m taking. Mind you, it is less than I would under other circumstances, but I wanted to give you and Uncle Percival extra space.”

After some grumbling, Teddy tucked an enormous book into her needlework bag, squeezed a few more items into the trunk, and settled for taking only one additional suitcase.

The process was repeated at her uncle’s house. Percival Pettijohn was every inch as vain as any woman. He insisted on two bags, a hatbox, and demanded his motion picture equipment ride inside the sedan.

Cornelia groaned, but accommodated his demands by having Teddy sit on her “medicine” bag and strapping the largest of his cases to the top of the footlocker. It wasn’t going to be a comfortable trip, but vanity beat good sense every time.

At least, with both of them pouting about what they left behind, she could concentrate on the road.

You can read more about Cornelia in Murder on the Mullet Express, the first book in the new “Three Snowbirds” mystery series.

Cornelia Pettijohn knows it is best to carry a sidearm when traveling with her Uncle Percival. The quirky retired professor has a talent for finding trouble. What she doesn’t know is that purchasing a winter home in sunny Homosassa, Florida is not the only item on his agenda.

A new movie camera, a highway breakdown, and a trip on The Mullet Express make the perfect formula for Uncle Percival to attract the interest of both law enforcement and a couple of rival mobs. Cornelia and her friend Teddy Lawless must use all their wits to get him out of the hole he’s dug for himself.

Meet the authors
Gwen Mayo is passionate about blending her loves of history and mystery fiction. She currently lives and writes in

Safety Harbor, Florida, but grew up in a large Irish family in the hills of Eastern Kentucky. She is the author of the Nessa Donnelly Mysteries and co-author of the Old Crows stories with Sarah Glenn. Her stories have appeared in A Whodunit Halloween, Decades of Dirt, Halloween Frights (Volume I), and several flash fiction collections. She belongs to Sisters in Crime, SinC Guppies, the Short Mystery Fiction Society, the Historical Novel Society, and the Florida Authors and Publishers Association. Gwen has a bachelor’s degree in political science from the University of Kentucky. Her most interesting job, though, was as a brakeman and railroad engineer from 1983 – 1987. She was one of the last engineers to be certified on steam locomotives. Connect with Gwen at the following:

Sarah E. Glenn has a B.S. in Journalism, which is a great degree for the dilettante she is. Later on, she did a stint as a graduate student in classical languages. She didn’t get the degree, but she’s great with crosswords. Her most interesting job was working the reports desk for the police department in Lexington, Kentucky, where she learned that criminals really are dumb. Her great-great aunt served as a nurse in WWI, and was injured by poison gas during the fighting. A hundred years later, this would inspire Sarah to write stories Aunt Dess would probably not approve of.  Connect with Sarah at the following:

Murder on the Mullet Express is available at online booksellers.

Like Loading...
This entry was posted in A DAY IN THE LIFE and tagged Gwen Mayo, historical mystery, Mystery and Horror LLC, Sarah Glenn. Bookmark the permalink.