A Conversation with Juliet Capshaw by Ellie Alexander 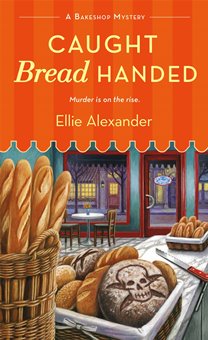 Life in Ashland, Oregon is idyllic, picturesque, and charming thanks to our town’s Shakespearean-inspired shops and restaurants, our lush parks, gorgeous rivers, and snow-capped mountains. Not to mention our warm and welcoming community. At our bakeshop, Torte, everyone is like family. Whether you’ve lived in Ashland for your entire life or are just passing through to take in a show at the world-famous Oregon Shakespeare Festival, at Torte you’ll always be treated like royalty.

My mom, Helen, has been serving up warm scones and rich espresso with a side of love for the last few decades. People come to Torte for our delicious sweets and savory pastries, but also to gather and chat about the latest production at the Oregon Shakespeare Festival, brush elbows with the actors and playwrights from the company, or catch up on the gossip around town. And lately the gossip had been focused on a new restaurant moving onto the plaza—ShakesBurgers.

One of the things that makes Ashland such a unique place is our adherence to all things Elizabethan. Every shop and restaurant on the downtown plaza is designed in old world architecture with ornate gables, extravagant towers, and multi-paneled glass windows. In addition to looking like you’ve stepped back into Shakespeare’s time when touring Ashland, you’ll also be treated to thematic shops like Puck’s Pub where pints of Northwest microbrew are served in antique silver mugs or A Rose By Any Other Name, the flower shop where each beautiful bouquet comes tied with a sonnet. So when news started to spread that a chain restaurant was moving into the plaza, our usually warm and welcoming community was less than thrilled.

Having grown up in Ashland I left to go explore the world after I graduated from high school. Maybe it was the pressure of being named after one of literature’s most romantic heroines—Juliet. Or maybe it was just that I needed to explore far off corners of the globe for myself. Either way, I’m glad that I had a chance to travel and expand my culinary palate, but there’s no place like home and I was happy to be home again.

Except that the sweet hometown I knew and loved was abuzz with anger over the new chain restaurant, ShakesBurgers moving in. Mindy Nolan, the owner of ShakesBurgers, had assumed that Ashland would be the perfect spot for her fast food burger joint, given its whimsical name, but that was where any further references to the Bard ended. Not only was ShakesBurgers a chain but Mindy and her team had torn down the old Shakespearean façade and replaced it with hideous neon green and orange signage. No one in Ashland was happy to have a chain restaurant on the plaza and no one was inviting Mindy to Torte for a slice of Oregon marionberry pie or a warm cup of Chai.

I found myself caught in the middle. Mindy was drooling over our homemade sourdough bread and interested in partnering with Torte on a very lucrative wholesale account. She wanted us to bake all of ShakesBurgers’ buns. Torte could really use the extra dough, but with the rest of the town up in arms over ShakesBurgers appearance on the plaza I might be making a deal with enemy if I agreed to Mindy’s terms. But when Mindy was discovered dead things went from bad to worse. Now I was in the mix with a potential killer and fighting to save everything I loved about my quaint hometown.

Welcome to Torte―a friendly, small-town family bake shop where the oven is heating up as high as the body count. . .

Jules Capshaw is still chewing over her husband Carlos’s return to Ashland, Oregon. Could there be too many cooks in the kitchen? Whatever is stirring between those two will have to wait. Despite the Oregon Shakespeare Festival being dark for the winter, the bakeshop is bustling, the dough is rolling, and there’s no rest for the weary. . .especially when murder is thrown into the mix.

When Mindy Nolan, the owner of a new restaurant in town, turns up dead, the batter at hand thickens. Jules knows that there was bad blood between Mindy and others in town, and tracking down the killer could prove to be an unwelcome treat. And to top it all off, there’s Carlos, who is pleading―with those delicious dark eyes and sexy Spanish accent―for Jules to take him back. Is home where the heart is or will she make a fresh start. . .and risk getting burned?

About the author
Ellie Alexander is a Pacific Northwest native who spends ample time testing pastry recipes in her home kitchen or at one of the many famed coffeehouses nearby. When she’s not coated in flour, you’ll find her outside exploring hiking trails and trying to burn off calories consumed in the name of research.

Giveaway: Leave a comment below for your chance to win a print copy of Caught Bread Handed plus sweet drinks to accompany the read like Strawberry Lemonade and Oregon Chai. US entries only, please. The giveaway will end June 28, 2016 at 12 AM EST. Good luck everyone!

Like Loading...
This entry was posted in A DAY IN THE LIFE and tagged cozy mystery, Ellie Alexander. Bookmark the permalink.

85 responses to “A Conversation with Juliet Capshaw by Ellie Alexander”