A Day in the Life of Maeve Conlon by Maggie Barbieri 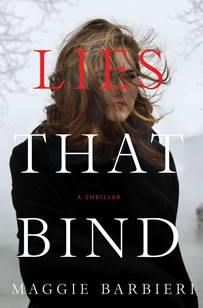 So, where did we leave off? Let’s start with the fact that I thought I was the only one with secrets. Turns out we all have secrets – me, Poole, even my kids – but the biggest secret-keeper of all was my dearly departed father.

I miss him terribly; I do. We were living on borrowed time anyway, and that’s what I need to tell myself. His mind was going and after the accident last year, his body was following but he was strong –the “strongest man alive” as he used to tell me – and it wasn’t long before everything just gave up. He gave up first. His body followed soon after. I never knew how much he really knew about me, his most perfect girl, but he loved me until the end, enough so that he never told me about her, my sister, Evelyn Conlon, gone for many years.

I know about her now, though; that’s what I keep telling myself. But who she is, and where she’s been, are two mysteries that I have to solve. Sometimes I feel like I have no one even though I’m surrounded by people who need me. It would be nice to have her, to have Evelyn, but the more I’m learning about who she is and why I don’t know her, the more I’m wondering if I am in too deep. But why should now be any different from before? I’m always in too deep, over my head. Maybe that’s where I like to be. Maybe that’s what makes me feel alive after feeling dead inside for so many years.

One thing I know for sure: I know that if I find her, I’ll love her.

The question is: will she love me?

You can read more about Maeve in Lies That Bind, the second book in the “Maeve Conlon” thriller series, published by Minotaur. The first book in the series is Once Upon A Lie.

GIVEAWAY: Leave a comment by 12 p.m. eastern on February 24 for the chance to win a copy of Lies that Bind. The giveaway is open to U.S. residents only. Winner will be notified within 48 hours after giveaway closes and you will have three days to respond after being contacted or another winner will be selected. Make sure to check your SPAM folder.

About the author
Maggie Barbieri is the author of the Murder 101 series, starring college professor and amateur sleuth Alison Bergeron and the more recent Maeve Conlon series, the second of which, LIES THAT BIND, publishes February 17. Maggie is a freelance textbook editor by day and lives in the Hudson Valley. Visit Maggie at her website, on Facebook or on Twitter.

Like Loading...
This entry was posted in A DAY IN THE LIFE and tagged Maggie Barbieri. Bookmark the permalink.