Can You Digs It? by Stacy Verdick Case 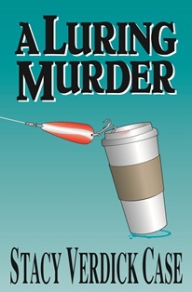 Catherine O’Brien may be a great cop, but she is a huge pain in the butt. I dragged myself out of my nice sterile lab to come out to this small town, and she gives me a hard time. O’Brien gives everyone a hard time though, and she would have given me a hard time even if I were in my clean lab, so that’s not new.

I don’t know how Louise puts up with her on a daily basis. Louise, she’s a good enough reason to put up with all of O’Brien’s wise cracks. Louise is perfect, in every way.

O’Brien accuses me of having a crush on Louise, but that’s not true. Not true at all. The truth is I’m in love with Louise. I don’t think she notices me though. How could she? She’s Louise. She dates athletes, and successful business men who all look like they should be on the cover of GQ Magazine. And I’m . . . I’m Digs the dork who sits in the lab all day, processing samples, and giving her the answers she needs. I’m just another tool in her investigative arsenal.

When I heard that O’Brien, who is supposed to be on administrative leave, needed a forensics team to help the sheriff in this town with their first murder I volunteered. I still can’t believe they’ve never had a murder. Sounds like the place I want to retire. Anyway, I jumped at the chance to help because I knew if O’Brien was involved then Louise wouldn’t be far behind. And I was right. When she walked into my office and told me that she would be joining me on this trip, I was ecstatic. Two and a half hours of alone time in the cab of a forensic van.

It didn’t turn out the way I’d planned. I wasn’t exactly on my “A” game. I couldn’t speak. I went blank. I tried, but everything that sounded so cool in my head came out sounding idiotic. I could tell I sounded stupid by the looks she gave me. Then I got so nervous I rambled for a good half an hour. I think I even gave her a verbal dissertation on the genus species of a bug that splatted on the windshield.

Yeah, I’m pretty sure I did.

I hope she doesn’t mention the bug thing to O’Brien. It’s so embarrassing. They’re pretty close, but Louise is so classy I don’t think she’d say anything.

Tonight I will redeem myself. As soon as I’m done processing these samples I’m going back to our cabin to cook Louise dinner. Can you believe it’s “our” cabin? They only had one left when we got here, so we had to share. The first night I didn’t sleep well at all. I mean she is right on the other side of the wall.

Tonight she’ll be impressed because I am a great cook. No one really knows that about me, but I like to cook. It’s scientific – cut, measure, time – just like processing a lab sample.

Can this be considered a first date? It feels like a date. I invited Louise to have dinner with me, and she accepted. Oh, God it’s a date. Maybe I should call it off. That would be a little awkward since we’re staying in the same cabin.

Oh man! I don’t think I can go through with this. What if I start rambling again? What if I start talking about bugs over dinner or worse bodily fluids? I’ll ruin my chances forever.

Just calm down. It’s only a dinner between colleagues. Yeah, that’s what it is a dinner with a colleague, who I just happen to be in love with.

Maybe this evidence will give us a break in the case and she’ll be too busy for dinner. It’s not really her case though, it’s the sheriff’s. He’ll probably take over if there’s a break.

O’Brien would be in heaven if she could see me right now, worried about a little dinner. She already thinks I’m a spaz around Louise. She would love to know I’m a wreck even when she’s not around.

There’s no way around it; I have to make dinner. I’ll just think of some conversations starters. Definitely something more scintillating than bugs.

Like Loading...
This entry was posted in A DAY IN THE LIFE and tagged Stacy Verdick Case. Bookmark the permalink.

2 responses to “Can You Digs It? by Stacy Verdick Case”